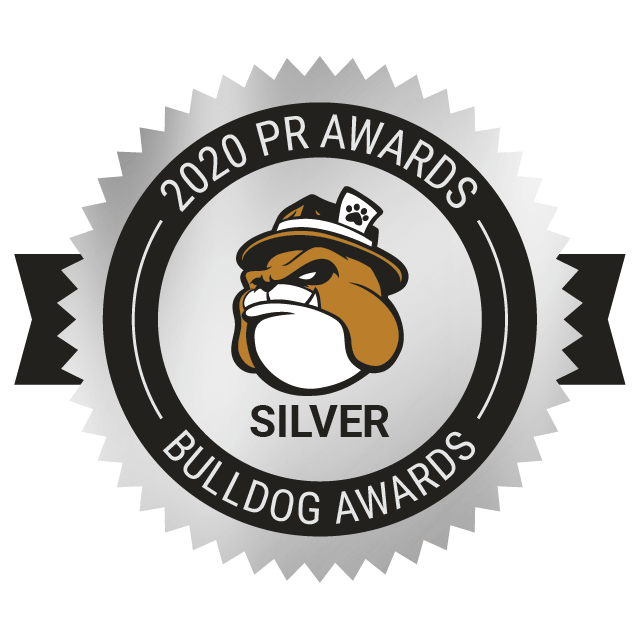 This just in from the 2020 Bulldog Awards: AMP3 Picks Up Three Awards at Bulldog Reporter!

The Bulldog Awards were established to honor “the most outstanding PR and Communications campaigns.” The awards program is judged exclusively by journalists, making them one-of-a-kind in the PR awards industry, and we could not be more thrilled.

Our LuminoCity project won us the Bulldog award for “Best Arts and Entertainment Campaign.” The award recognizes a campaign that was able to generate buzz around an artistic or entertainment event while simultaneously utilizing social media. This past winter, a festival of lights was held for the first time on Randall’s Island in NYC. The 16-acre festival hosted light and art installations, holiday shopping, performances and much more.

AMP3 set out to raise awareness for the festival and ignite buzz leading up to the official opening. It was a main priority to differentiate LuminoCity from the other light festivals in the greater Manhattan area. We focused on regional media and “faceless” Instagram accounts to cover the new festival and inform the public about exciting food vendors, BTS production, cultural elements and more. We planned a Press Preview event the day before the festival’s opening which allowed select media such as the NY Post and NBC to gather photos and videos.

In total, the event gained nearly 14 billion media impressions. There were multiple sold out nights and ticket sales surpassed our projections. It was a wildly successful event and a beautiful way to celebrate the holidays in NYC.

Thanks to the “chunky dad sneaker” trend and CAT Footwear, our campaign for the INTRUDER shoe landed us the “Best Integration of Traditional & New Media” award! The sneaker, inspired by the chunky style of Caterpillar bulldozing equipment, was released in the midst of a dad shoe frenzy. It was our job to differentiate the shoe in a saturated market and show consumers the unique, authentic story behind the product.

AMP3 helped build a movement around what INTRUDER means. We established that wearing the shoe, with its tractor-tread like outsole, allowed for pushing boundaries and radiating an earth-moving spirit. This story was communicated to media outlets with press boxes wrapped in caution tape. Influencers were asked to share their #IntruderAlert, which meant opening up with personal stories about overcoming obstacles to build a desirable life.

Media coverage for the campaign resulted in over 82 million impressions, with press hits in numerous key fashion outlets including GQ, Teen Vogue and HypeBeast. Influencers involved in the campaign amassed nearly 7 million in reach.

Won in partnership with FWV for the Wrangler Capsule Collection at Fred Segal, the Bulldog Award for “Best Beauty, Fashion or Lifestyle Campaign” recognizes a campaign that uses influencers and social media platforms in an innovative way to promote a new or established brand. Wrangler, a global denim brand, called on AMP3 to aid in showcasing their modern business unit. This was executed at Fred Segal Sunset in Los Angeles with an exclusive collection.

Prior to the Wrangler x Fred Segal store opening, AMP3 worked with media outlets and fashion editors to help tell the story of the collaboration. A celebrity and influencer event was planned and executed to take the 300+ attendees through the decades of Wrangler. Sofia Richie and Delilah Belle were just two of the many notable celebrities and influencers in attendance who posted while at the event. Social media posts enhanced the online visibility of the collaboration and reached over 93 million people. The event was a successful way to capture the launch of a new, unique collection for the Wrangler brand. AMP3 followed fashion media coverage after the event to ensure the impressions of this launch continued to strengthen.

A huge thank you goes out to our amazing clients who give us the opportunity to do what we love and work on award-winning projects!